I have exciting news. The first draft of the second book in the Shaking The Tree series (and sequel to The Moral Compass) is complete – Yay! Now the editing process begins – boo! 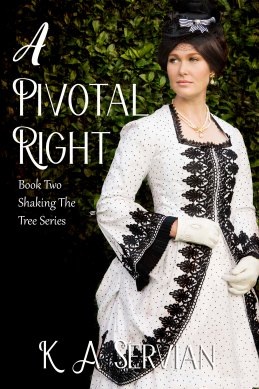 A Pivotal Right opens with the three chapters that were included at the end of The Moral Compass. The story then picks up at the moment where Florence comes face to face with Jack twenty years after she thought she had buried him. It also fills in the intervening years and examines the turbulent relationship between Florence’s daughter, Viola, and Jack’s adopted son, Liam, as Viola fights to break the mold of acceptable behaviour for Victorian ladies.

This has been a complex book to write with four main characters, two interrelated plot lines and two separate sets of sequential flashbacks all running along side by side. Getting all of these elements to work together has been a mammoth task.

You would think that after all they have been through Florence and Jack would be able to overcome anything, but their reunion is far from smooth. And then, just when it looks as if everything is going to be okay,  a spectre from the past raises its ugly head and threatens to separate them forever.

And before you ask, yes, there will be a third book in the series.

The title, A Pivotal Right, refers to the backdrop of social change against which the novel is set.  In the 1870s, the Chartist movement had been pushing for electoral reform and enfranchisement for working-class men in Britain for several decades and the women’s suffrage movement was beginning to gain momentum worldwide. It was a time when long-held attitudes, particularly about the class system and the place of women in society, were being challenged.  This was a very exciting period within which to base a story. There are so many real-life accounts to draw on of the brave people who fought to bring about change to a system that had suppressed their rights for centuries.

Also, if you are in the Auckland area of New Zealand on the 22nd of March, you are welcome to come along to a display of my costumes spanning one hundred years between 1815 and 1915. 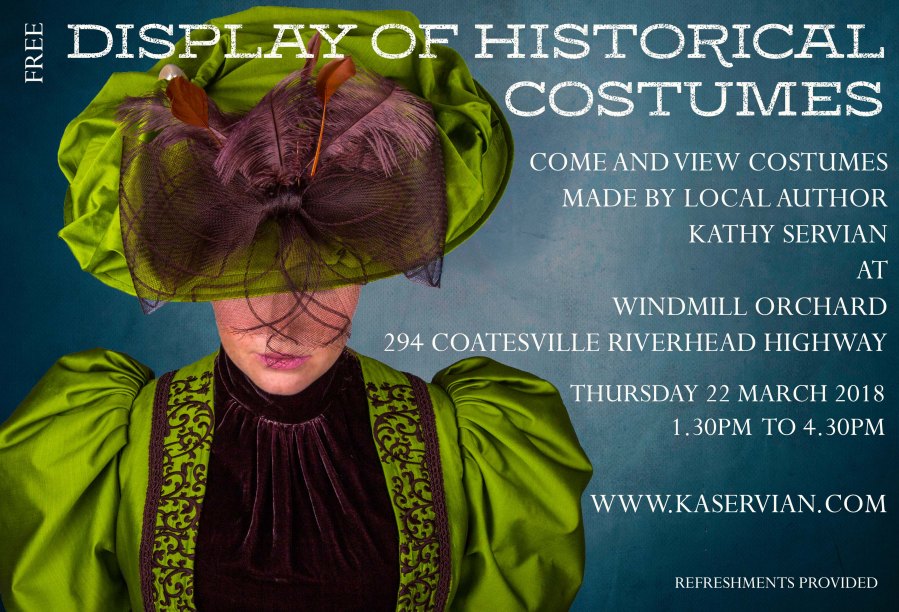 Published by K A Servian

View all posts by K A Servian

You can change your mind at any time by clicking the unsubscribe link in the footer of any email you receive from us, or by contacting us via the contact page. We will treat your information with respect. We would not sell or compromise your data in any way.